By Allan Alach -  bonjour from Arles 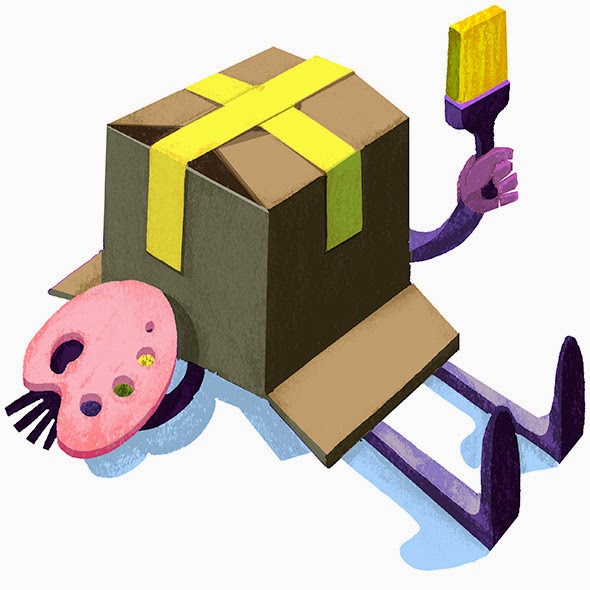 “Unfortunately, the place where our first creative ideas go to die is the place that should be most open to them—school. Studies show that teachers overwhelmingly discriminate against creative students, favoring their satisfier classmates who more readily follow directions and do what they’re told.”


“It’s ironic that even as children are taught the accomplishments of the world’s most innovative minds, their own creativity is being squelched.”

Poverty and the Moral Imperative of Education


An important article by Peter Greene, dismantling the neoliberal claim that education is the cure to poverty.

“This is the "education fixes poverty" mantra. If we get everybody through high school

prepared for a good job (defined in many PD sessions as "a job with an above-the-poverty-line" wage) then nobody will be poor and everybody will be healthy and happy and successful. There are two huge problems with this argument.”


“Failing school does not cause poverty. And it's not even right to say poverty causes failing school. The high level of failure among students living in poverty is a sign that our schools are not meeting the needs of those students.”


“Advocates for choice-based solutions should take a look at what’s happened to schools in Sweden, where parents and educators would be thrilled to trade their country’s steep drop in PISA scores over the past 10 years for America’s middling but consistent results. What’s caused the recent crisis in Swedish education? Researchers and policy analysts are increasingly pointing the finger at many of the choice-oriented reforms that are being championed as the way forward for American schools. While this doesn’t necessarily mean that adding more accountability and discipline to American schools would be a bad thing, it does hint at the many headaches that can come from trying to do so by aggressively introducing marketlike competition to education.”


Great technology requires an understanding of the humans who use it. 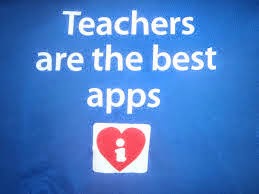 “MIT BLOSSOMS, one of the most exciting and effective uses of educational technology to help high school students learn math and science, doesn’t boast the latest in artificial intelligence or adaptive algorithms. Its secret weapon is, rather, a canny understanding of human psychology—both students’ and teachers’. Technologically speaking, its basic model could be executed with an old television and VCR.”


How can schools feed student appetites for sourcing sustainable produce?

got to their plates. From food miles and Fairtrade to the environmental and health benefits of becoming a vegetarian, no aspect of the journey from soil to supermarket shelf was unexplored. At the end of the class, the penny finally dropped. Asked what they can do to source more sustainably, the response from pupils was emphatic: "Grow my own vegetables," shouted one girl. "Buy foods locally," offered another.”


“A pivotal aspect of fostering mutual respect among teachers, students and staff is adhering to the following eight expectations, which I’ve witnessed fundamentally change the way schools function.”

Study: Too Many Structured Activities May Hinder Children’s Executive Functioning


Bruce: “Over structuring results in students missing out on social skills – is this happening in NZ classrooms?”


“When children spend more time in structured activities, they get worse at working toward goals, making decisions, and regulating their behavior, according to a new study.


Instead, kids might learn more when they have the responsibility to decide for themselves what they’re going to do with their time. Psychologists at the University of Colorado and the University of Denver studied the schedules of 70 six-year olds, and they found that the kids who spent more time in less-structured activities had more highly-developed self-directed executive function.”
http://bit.ly/1kthj4o


From Bruce’s oldies but goodies file:


Bruce’s comment: “I really like the message of this blog. There has been a recent Education Review Office Report on Secondary school achievement saying the most impressive school was one where the school tailored the curriculum to students’ interests e.g. linking maths to information technology. Seems obvious to me. Personalised learning is the pedagogy of relationships.  We need to focus on what students are thinking – they are too often a neglected resource ignored by teachers to busy teaching to listen to student ‘voice’..The blog below is about the transformative power of interest.
The future is about learning not education. Education is what someone gives to you – learning is what you do yourself. We need to focus on ‘teaching’ students ‘how to learn’ – to ‘seek, use and create their own knowledge’ as it says in the 2007 New Zealand Curriculum.

Bruce: “An oldie – something written in 1947 which is reflected in 2007 New Zealand Curriculum”


“I recently came across an extract from an article called 'Children are Scientists' written in 1947 by Herbert Zim. That we haven't yet created schools based on assisting students research their own questions and concerns just goes to show how much 'our' curriculums, what 'we' think is important for them to learn, has ignored the source of real motivation for students to learn.”


Bruce: “Evolution of computer use in classrooms by a creative South Island principal”


“It would seem to me that if we want to develop a creative education system, able to develop the talents of all students, then we need to listen more to those teachers who have gifts they could share with others. All too often 'we' think that all good ideas come from 'on high' but hopefully this myth is losing its power as current curriculums are being found wanting - ironically by the very people who introduced them.”


The killing of creativity by the technocrats.


In this posting Bruce references an article by Kelvin Smythe about “St” John Hattie.  This is a must read, as Hattie and others of his ilk threaten true holistic child centred education.


“As I visit classrooms I have become increasingly concerned about the use of a number of strategies as defined by John Hattie and promulgated by the contracted advisers spreading the word about his 'best practices’. Somehow, just because Hattie has amalgamated every piece of 'school effectiveness' research available ( mainly it seems from the USA) his findings, it seems, ought to be taken for read. The opposite ought to be the case - we need to be very wary of such so called 'meta research.'. More worrying however is that the approaches he is peddling is pushing into the background the home grown innovative creative learning centred philosophy that was once an important element in many classrooms. Overseas experts aways seem to know best - or those that return with their carpet bag full of snake oil.”


This week’s contributions from Phil Cullen

“The media has been full of complaints about poor-quality teachers. But does the answer really lie in choosing teachers with better academic marks? Teacher Chris Fotinopoulos is not convinced.”


There are many ways of being smart... Headteacher writes to pupils saying not to worry about exams


“You might hope that every school would want pupils to work their very hardest – and pass any exams with flying colours.

But one primary head has decided there is more to life than educational achievements, and has written to her final-year pupils to tell them not to worry about their results.


Headmistress Rachel Tomlinson and her head of year six, Amy Birkett, told children that there are ‘many ways of being smart’ in the message, which was included with their Key Stage Two results.


They asked the 11-year-old pupils to remember that the scores ‘will tell you something, but they will not tell you everything’.”