Recently, on National Radio, listeners were asked to provide one word to sum up the year. My word would be 'awakening' - the beginning of the realisation that things have changed and we need to ask new questions and to think differently about everything. We know the world is not flat - now we are beginning to appreciate that everything is connected. 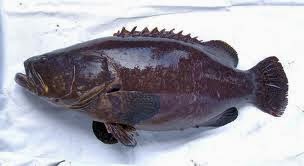 An anonymous Chinese saying goes, 'We are like a big fish that has been pulled from water and is flopping wildly to find its way back in.In such a condition the fish never asks where the next flip or flop will bring it.It senses only that its present position is intolerable and that something else must be tried.'

As Lester Thurow writes, in his book 'The Future of Capitalism', 'we need a new game, new rules and new strategies'.
Since the Industrial Revolution success has come to be defined as rising material standards of living - the myth of unrestrained growth. The more recent 'market forces' ideology has emphasised individuality, greed and self interest based on requiring everyone consuming beyond their needs; a winner takes all society.

The trouble is, Thurow writes, there are forces at work shaking the foundations of capitalism -any one of which could dramatically change the world beyond our comprehension. The current financial crisis being one such change; a crisis beyond the 'expertise' of those who helped create it; they are good examples of the Chinese fish. 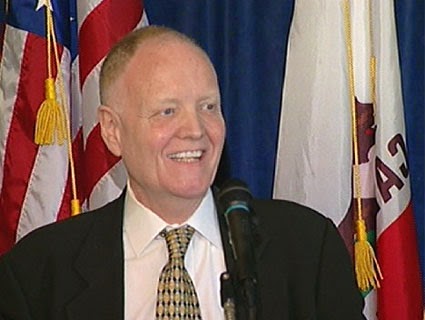 The forces Thurow (and others) writes about are known by many but it seems ignored by most. They are not the usual gradual evolutionary changes but are, what is called, 'punctuated equilibrium' -when things suddenly change , when evolution takes a quantum leap. A 'tipping point' or 'turning point'.

The forces Thurow writes about are: the end of communism; a technological shift to man made brainpower industries; an aging and shifting population; the global economy - anything can be made anywhere; and an era when there is no one dominant world power. Other futurist make similar lists.


The pressures are building up. Sooner or later politicians will have to provide new answers. Stagnation, denial, avoidance, or looking back to the past for security is the real danger. Courageous and creative leadership will be required to create a unifying interconnected sustainable world vision if we are to avoid an 'ecological abyss'. 'New game , new thinking'. New leaders must have the courage and wisdom to act 'with knowledge while doubting what they know'; 21st Century Christopher Columbus's.

To thrive in such a discontinuous world will require schools to ensure all students leave with future dispositions in place - 'new minds for a new millennium'. Old systems ( factories ,schools, health, justice and welfare) , developed for an Industrial Age, are increasingly unable to cope and are beginning to show systemic failure.

The prevailing economic system has demonstrated that it is not in the long term interests of humanity, or the world as a whole. The emphasis on salvation through growth is simply unsustainable - as with the trees Easter Island soon there will be few resources left. The promise of 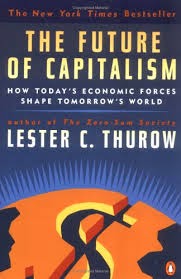 unlimited wealth for all cannot be realized. It is said we would need the resources of three earths is we were to bring all people up the average material standards of the Western world. Untempered competition is a crude and destructive concept favouring only a few.

To flourish we need a vision of something better otherwise we will 'flip and flop' our way into extinction.

Only the acceptance of a vision of sustainability will provide a viable solution. A more equitable use of the worlds resources needs to take place if we are to conserve resources and face up to growing poverty, hunger, aggression and terrorism. There needs to be an acceptance of enforced environmental standards if we are to combat man made climate warming. Creative countries will see such issues as opportunities to develop sustainable farming,forestry, food, energy and environmentally appropriate industries. Most of all there needs to develop, through a a creative education systems, a growing appreciation of the connectedness of all things.

If we don't appreciate the need to change then we will be no smarter than the dinosaurs . Humankind might be but a temporary part of the earths continued evolution.

We need a real shift of consciousness if we are the thrive .We need need kinds of governance and leadership that respects all people and the sustainability of the environment we are part of.

The Green Party reflects this new consciousness and combined with Labour might be the beginnings of this shift to a new game.

Read what Pope Francis has to say about unfettered capitalism
Posted by Bruce Hammonds at 2:27 pm