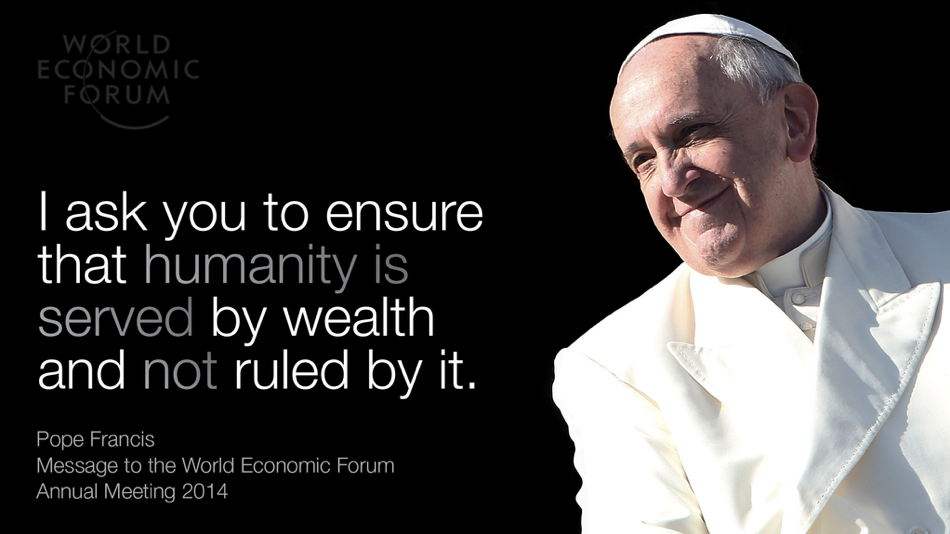 I need to make it clear I am not a religious believer and haven’t always seen the Catholic Church as a good thing historically, or the views on social issues it holds, but I do like some of the things the new Pope Francis has to say.

Recently I read a criticism of the Pope over his views on capitalism – in particular free market capitalism that has been the driving force in Anglo/American countries including New Zealand since the1980s.

The critic, newspaper editor Allister Heath (published in the NZ Herald June 20th )admires the Pope as a modern religious leader and for his dedication to abhor war and poverty but he takes exception to his views on economics and business. The Pope's hostility towards capitalism, shared by the Church of England, Heath believes is ‘tragically misplaced’. 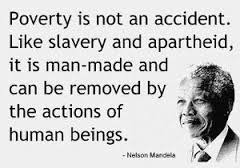 The Pope according to Heath is far too influenced by the views of French economist Thomas Piketty the intellectual who ‘obsesses about inequality and advocates crippling taxation on income and wealth’. Heath sure doesn’t like Piketty!

The Pope evidently claimed that the ‘absolute autonomy of markets’ was the ‘new tyranny’ and Heath believes that this is a ‘strangely inaccurate vignette of the modern economic system, which is characterised by not so free markets that are routinely bailed out, subsidised, taxed, capped, fettered, regulated and distorted by activist governments and their monetary and fiscal policies’.

I am on the Pope's side.

The neo liberal free market ideology has had its day. Heath seems to be arguing that it hasn’t been given a fair go – echoing the point of view of the ACT party.  The wealth of the few (the 1%) was supposed to trickle down to the lowest levels. It seems more have to have trickled up and the ratio of rich to poor is evidently at the same point as 1929. The Global Financial Crash of 2008

ought to have been a warning but governments, as the Pope mentioned, bailed out banks and businesses in dire straits. Taxpayers have picked up the tab for financial failures. 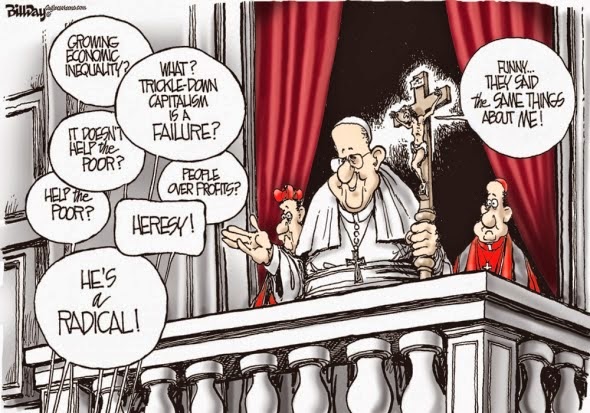 Evidently many leading economists criticized the French economist – it would seem natural that they would. It was so called ‘leading economists’ that led us into the Global Financial Crisis of 2008. Their ideas of privatisation, self-interest, short term gains, anti-union, minimal regulation and government have created the problems that so worry the Pope. The rich have got richer and the poor poorer; the social fabric of our societies is in tatters, the sustainability of  environmental resources at risk and the concept of the common good left to look after itself.

The Pope stated that ‘inequality is the root of social evil’

According to Heath, ‘in any free society characterised by private property rights…there will inevitably be a divergence in earning and wealth’ and the Pope's ‘condemnation of inequality is thus tantamount to a complete rejection of contemporary economic systems’. Maybe contemporary economics have had their day and it is time for new thinking. Mrs Thatcher, the ultimate neo-liberal market forces politician, used to say ‘TINA – there is no alternative’ - but that was then; times have changed.

Heath writes that rich people ought to be allowed to keep all the money they earned and that their wealth  provides the rest of us with goods and services that we should be thankful for. The idea of equalisation through punitive taxes he sees as an anathema. 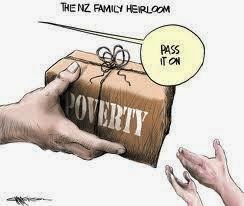 The Pope has really wound up Heath by blaming speculators for high food prices compromising access to food by the very poor.

Heath argues that those who buy and sell perform a crucial and legitimate role. Few would argue with this. I don’t think the Pope is anti-capitalism more the self-centred version that currently rules the roost.  The concept of the common good, of a fair go for all doesn’t need to be conflict with capitalism. The role of democratic governments is to ensure all members are cared for but this doesn’t mean destroying capitalism – it means growing the economic pie and sharing the profits by means of taxation to ensure all citizens can take part. As it says on the Inland Revenue Department in USA ‘Taxation is the price we pay for civilisation’.

Heath didn’t like the Popes criticism of ‘trickle down economics’ when the Pope said, ‘there was the promise that once the glass had become full it would overflow and the poor would benefit. But what happens is that when it is full to the brim, the glass magically grows and nothing ever comes out for the poor.’ 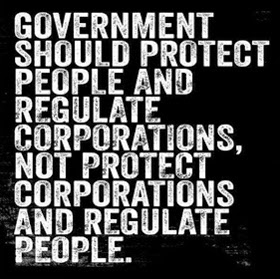 Heath argues that we are all better off than we were in the past – which is obviously true – but it is equally true that the inequality gap is growing in countries such as New Zealand.

Heaths answers include boosting entrepreneurship, improving education and more flexible labour markets but he writes, ‘they certainly do not involve wholesale, ill-informed attacks on the market economy.’  What about informed criticism?

Religious leaders should evidently keep out of criticizing the money lenders! ‘Capitalism’ writes Heath, ‘is the greatest alleviator of poverty ever discovered’ and religious leaders ‘should learn to love the wealth creating properties of the market economy’. Heath reflects an almost religious belief in the power of markets! 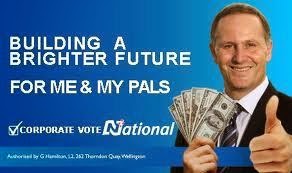 Not all agree with Heath defence of capitalism. Concerns about inequality and capture of wealth by a small elite comes from Mark Carney Governor of the Bank of England, who quoting American philosopher John Rawls, asks us to imagine what sort of society would you want if you didn’t know into what circumstances you would be born into? Dog eat dog or one which does the best for the least well off?

Carney warns that the social contract made up of relative equality of outcomes, equality of opportunities and fairness across generations is breaking down adding ‘few would disagree that a society that provides opportunities for all of its citizens is more likely to thrive than one that favours an elite.’ I am reminded of a quote from Adam Smith, 'no man ever saw a dog make fair and deliberate exchange of a bone with another dog.'

‘We need to recognise the tensions between pure and free market capitalism’, writes Carney, ‘which reinforces the primacy of the individual at the expense of the system and social capital which requires of individuals a broader sense of responsibility’. Carney’s argument, in short,  is that if financial capitalism comes to be widely perceived as merely a mechanism by which the rich rip off the rest of us and capture almost all the gains from economic growth then such capitalism is at risk.

I think the Pope and the Governor (and Francis Piketty) are right to be critical of the current obsession with neo-liberal beliefs and to fight for capitalism with a kinder face. Opportunities for all not for the few; pure capitalism does not always sit happily with democracy which requires from individuals a broader sense of responsibility for the community as a whole.

I am with the Pope ( and Piketty and Carney) 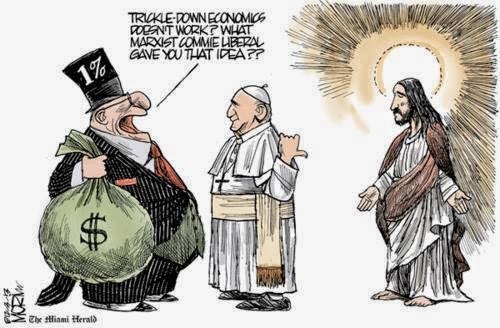