Hattie’s research: Is wrong Part 3 – meta-meta analysis a monster
The latest instalment in Kelvin Smythe’s deconstruct of john Hattie’s ‘visible learning research’:
“While what follows points out fundamental statistical and mathematical errors in Hattie’s research, I want to emphasise that the central error in Hattie’s research is not in his mathematics and statistics but in his lack of control over the variables. All other errors, such as the mathematical ones that follow, are symptoms. In a bizarre sense, the errors were ‘necessary’ – necessary to cope with the massive lack of control of variables.”
http://bit.ly/1FB6NX3

Great teacher = great results? Wrong
“Does that mean that teachers don’t matter? Of course it doesn’t. We need teachers who help children to get the most from their time in school. It does, however, mean that the common 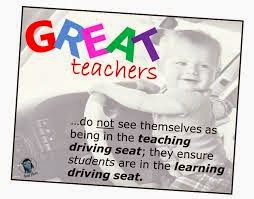 assumptions about what schools can achieve are based on a fallacy. Because learning is done by the child, and not by the teacher, and no education system can exceed the desire and capabilities of its children.”

After learning new words, brain sees them as pictures
Implications for the way children are taught to read:
"The visual word form area does not care how the word sounds, just how the letters of the word look together," he says. "The fact that this kind of learning only happens in one very small part of the brain is a nice example of selective plasticity in the brain.”
http://bit.ly/1HBACIj

Judgement Day: The Double Standard of Teacher Evaluation
‘The plangent perversity of this process is, perhaps, best summed up by Michael Fullan in a recent interview in which he remarked: “A huge apparatus is in place to identify the five to seven percent 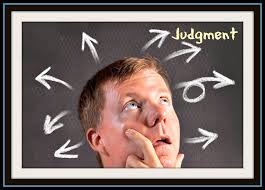 of teachers who shouldn’t be teaching. One hundred percent of teachers are involved in a superficial system in order to catch five percent. If you reverse that and say you want to catch the 95 percent in the collaborative culture, then you can do appraisal on teachers who are struggling.’

8 Characteristics of the Innovator’s Mindset
“Building upon Carol Dweck’s work, I have been looking at the traits of the “Innovator’s Mindset”, which would be summarized as follows:
Belief that abilities, intelligence, and talents are developed leading to the creation of new and better ideas.”
http://bit.ly/1I0mXHG 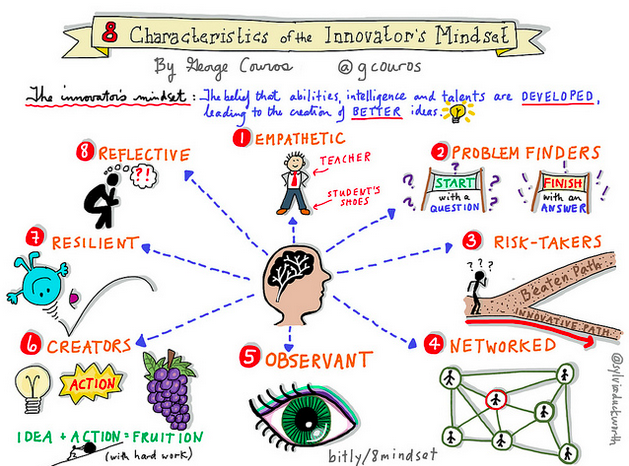 10 very real teacher ailments and diseases
Such as:Endoftermitis: This disease normally occurs at the end of term but sometimes afflicts teachers at half-term breaks too. Symptoms vary but usually include exhaustion, shattered nerves and a common cold.
http://bit.ly/1ygRFw8

Britain should be wary of borrowing education ideas from abroad
Pasi Sahlberg:

“One thing is true. No country should aim to replicate the educational models of others. Finland is no exception. What governments need to get right is the big picture for the educational landscape of their nation. The road to a better education for all our children is not to return to the past but to build schools where curiosity, engagement and talent can be discovered and nurtured. That calls for integrating research-informed international lessons into local needs and capacities.”
http://bit.ly/1Kp3FgJ

Misconceptions about Mindset, Rigor, and Grit
Beware of bandwagons…
“Among the educational ideas that have gained momentum in recent years are the concepts of Mindset, Rigor, and Grit. While all of these ideas may have merit, as with all shiny new objects that attract our attention we need to proceed with caution and think about whether and why these concepts fit into our personal pedagogy. Being willing to implement the hot new thing is admirable, but not if it is done feet first with our eyes closed.”
http://bit.ly/1KyeQE0

The Problem With Math Problems: We’re Solving Them Wrong
Bruce’s comment: Confused about maths then is worth a read. Getting ‘stuck’ on a maths problem is real maths – or the essence of problem solving or creativity. Not knowing  drives knowing and not giving up.
“There really ought to be problem solving and imaginative thinking all the way through while kids master the basics. If you’ve never been asked to struggle with open-ended, non-cookbook problems, your command of math will always be shaky and shallow.”
http://nyti.ms/1JdDVmi

Why on Earth Do We Need Teacher Training?
“Much of the teacher training I’ve encountered has been fundamentally top-down in approach; follow the example of the trainer (like the mentor educator), and you too can learn how to work in class.  I’d favor a flipped approach, in which educators tried to listen to their learners and reshaped their classroom strategies accordingly.”
http://bit.ly/1Ftf3bB 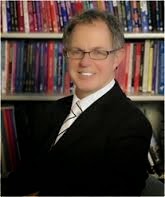 Time to create a positive learning epidemic/virus - says Andy Hargreaves
“In education antiquated educational cultures and structures are increasingly being found wanting and becoming part of the problem. And any new change can no longer rely on central educational architects with some master ideology or plan to provide roadmap into the future.”
http://bit.ly/1I1Nqbu 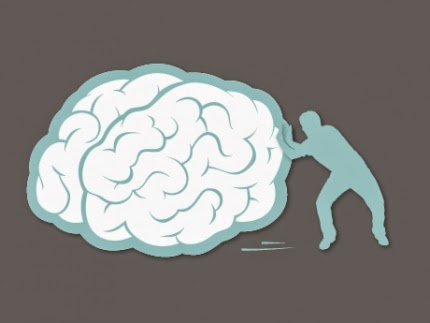 Bruce’s comment: An excellent read – our mental models (often unconscious) determine how we treat students.
‘If we're intent on transforming classrooms and schools, if we are truly committed to seeing equitable outcomes for children, we'll need to take a long and hard look at our mental models. This is hard and scary work, because we need to poke around in the beliefs that we hold about education and children and their ability to learn’
http://bit.ly/1Q48rU4

Creative Leadership: A Challenge of our Times
Bruce’s comment: Schools need creative leadership – are there any around? If schools are to break out the crushing conformity that has resulted since technocrats and politicians captured the education agenda creative leaders will have to emerge.Creative leadership is the challenge of our times. Can you think of any leaders you know of?
“This means principals being brave enough to take sensible risks so as to help teachers open up possibilities for thinking about things in different ways. This represents a new form of leadership, one that 'isn't top down: leading a team in such a way that it's not dictating and yet still scaffolding and supporting’.”
http://bit.ly/1EwOH6h

Bring back the Jesters!
Bruce’s comment: We need modern Jesters to tell us the truth. Time to bring back the role of the jester – the only person in a medieval court to tell the truth.
“Modern boards of directors are a bit like mediaeval courts where no one questions the king or the senior courtiers because they have become far too important to challenge. And as long as they can’t possibly be wrong, they can continue doing the wrong things all the time and never know it.”
http://bit.ly/1PbtD8g

The dark side of Literacy and Numeracy
“It would seem heretical to suggest the current obsession with Literacy and Numeracy is limiting the learning of our students. Every classroom you visit is full of the current approaches as introduced by ‘contracted’ advisers following their written scripts; all passing on the John Hattie message of intentional teaching, feedback and the dogma of ‘evidence based teaching’. Not that it isn’t a good message but to restrict it to literacy and numeracy is to limit the potential power to develop students’ talents in equally, or more important, areas. Literacy and numeracy are 'foundation' skills. They do not 'drive' learning – learning is driven by students’ interests and talents and their deep desire to make sense of their lives.”

Posted by Bruce Hammonds at 3:34 pm