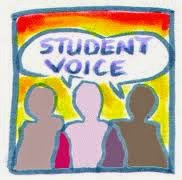 An article targeted at high schools, but there’s plenty to stimulate thinking at primary schools.

“Student leadership involvement should take place in every high school district. The failure to do so excludes those most affected by decisions from having a voice in that process. It also deprives school boards of some potentially valuable insights. The arguments against this role for students are weak, frequently founded on an underestimation of student maturity and perception that too often becomes a self-fulfilling prophecy.”
http://bit.ly/1H5wsIY 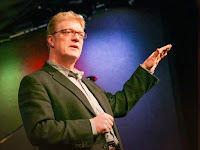 “Vocational programs – such as carpentry or welding classes, cosmetology classes or many of the other practical areas of study available in some US high schools and in the vocational schools that dot our cities and suburbs — are seen as second-rate options for people who don’t make the academic cut. As we argue in Creative Schools, this academic/vocational caste system is one of the most corrosive problems in education. It need not be.”
http://ti.me/1cx4idd

“… teachers are usually willing to give everything a try at least once. This can be a positive attribute. But often, by indulging their inner magpie and hurling as many shiny ideas into the mix as possible, teachers guarantee that none of them will be successful. They will end up juggling multiple and often competing schemes, their ideas will not be well considered nor given enough time to take effect, and their students will be left confused.”
http://bit.ly/1RmDlIS

Does tinkering lead to learning?
Annie Murphy Paul’s observations on the maker movement - well worth reading.

“Making is too young a phenomenon to have generated a broad research base to answer this question. The literature that does exist comes from enthusiastic champions of making, rather than disinterested investigators. But there are two well-established lines of research within psychology and cognitive science that can inform how we understand making and help us ensure that making leads to learning. Taken together, these two strands of empirical evidence provide the best guide we presently have for maximizing the learning potential of maker activities.”
http://bit.ly/1RByLGP

11 Ways Finland’s Education System Shows Us that “Less is More”. 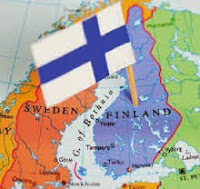 Just in case you haven’t read about Finland’s education system, here’s another viewpoint.

“Currently we believe “more” is the answer to all of our education problems— everything can be solved with MORE classes, longer days, MORE homework, MORE assignments, MORE pressure, MORE content, MORE meetings,  MORE after school tutoring, and of course MORE testing!   All this is doing is creating MORE burnt out teachers, MORE stressed out students and MORE frustration.”
http://bit.ly/1AZZodZ

Knowledge For Literacy
This is a technical article, well worth reading.

“The core definition of a word is only a tiny fragment of the meaning that makes it useful in understanding language. Neuroimaging confirms that the full meaning of a familiar word extends broadly through the mind, including associations to every trace that your experience with that word or its concept has left in your memory. For instance, your full knowledge of the word “apple” extends to the traces in your memory of the many apples in your life…”
http://bit.ly/1PJjtvR

“If you follow fads in education, you probably know that what passes for “character education” in this country is now dominated by the teaching of “grit,” helping students learn how to persevere and stay on task. It is taken for granted that having grit is always a positive thing, but, in the following post, scholar Mike Rose shows that it isn’t always so.”
http://wapo.st/1PJsd5k

New Zealand Schools – the Rhetoric and the Reality - and a creative future
Bruce’s latest blog post:
‘The current standardised approach’, writes Hood, ‘needs to be replaced by one that focusses on the individual.  Personalised learning is about creating a learning environment that responds to the needs of each individual student and their interests, talents and passions and aspirations’.
‘In an environment where there is clear vision, shared values, high expectation and a culture of challenging traditional ways of doing things, then people will work in a myriad of unplanned , unseen and successful ways; it will be a creative and innovative environment’.
http://bit.ly/1JZ9WiC

Memorizers are the lowest achievers and other Common Core math surprises
Bruce’s comment: Stop the math memorization The real oil on mathematics. In a recent commentary math educator Jo Boaler writes, "We don't need students to calculate quickly in math. We need students who can ask good questions, map out pathways, reason about complex solutions, set up models, and communicate in different forms.”
http://bit.ly/1e65957 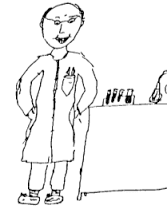 Bruce’s comment: What is your class’s image of a scientist? Once you have identified their prior image (stereotype) see if you can modify, or reconstruct, it. A fun activity with some serious learning implications. Consider trying ‘prior drawings’  of students ideas about whatever you are studying, for example what are their prior images of spiders- after learning experiences do another drawing to see if they have changed their minds! A great assessment task.
“Inoculating the perception of a scientist is tantamount to fixing the leaky STEM pipeline. If students don't think that being a scientist is for them, humanity loses. A diverse workforce is a better, faster, and stronger workforce. Scientists of diverse backgrounds working together are better suited to solve complex problems, can work with greater agility, and can cure diseases that have been overlooked.”
http://bit.ly/1PsXTkr 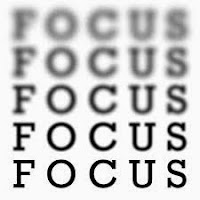 Bruce’s comment: Avoid ‘blurry’ visions and ‘shiny objects’. A short but pertinent article that applies to any school.
“If your school (district) doesn’t have a clear vision for what it is and what it needs to be, no matter how “innovative” ideas taken on board are, they will not help to move it forward. Sure, there may be some great discussion and perhaps even some implementation of worthwhile initiatives. But without a vision to clarify and justify the purpose of the initiatives, they all become disparate activities.”
http://bit.ly/1eacu3w

Developing a powerful school vision
This article by Bruce explores a similar theme to the one above.

“All schools these days have Visions, Missions and Strategy Plans but all too often few people can articulate them let alone say what they really mean in action. No matter how well they are drawn up if no ones knows what they mean they are not worth the paper they are written on.”
http://bit.ly/1BS0n5k

Bruce’s comment: A new twist on Pavlov’s dogs!
“It is a shame that we need dramatic shocks for us to change. It took the carnage and unnecessary slaughter of World War One to develop in the ordinary man a distrust of god given authority – particularly of the old generals who were long past their ‘use by date’”
http://bit.ly/1Hm6Ftl

The artistry of teaching and future learning attributes
Bruce’s comment: And a little more on artistry and the innate desire to learn There is a
.‘a lust for knowledge, an ache for understanding is incised in the best of men and woman. As is the calling of the teacher. There is no craft more privileged. To awaken in another human being the powers, dreams beyond one’s own; to induce in others a love for that which one loves; to make of one’s inward present their future; this is the threefold adventure like no other.’
http://bit.ly/1PsoX3j 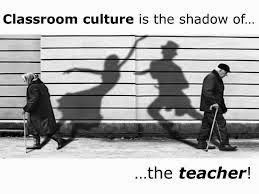 Artistry versus conformity in teaching.
Teacher artistry or deliverer of approved ‘best practices’?
“Teachers need to claim back their professional judgement, or 'artistry', and place greater emphasis on ensuring every student develops their innate gifts, talents, individuality and creativity.”