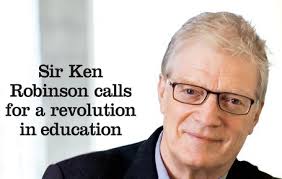 By Allan Alach
I welcome suggested articles, so if you come across a gem, email it to me at allanalach@inspire.net.nz


Here are some links to acknowledge Sir Ken Robinson who is currently in New Zealand.

Sir Ken referenced this school in his interview, so here is an interview with Zoe Readhead, daughter of A.S. Neill - a must listen.


‘Summerhill is an alternative free school in Suffolk, England, started by educational leader A.S. Neill in 1921. The pupils are free to come to lessons as they choose, and students and teachers have an equal voice in decision making.’

“I never blame teachers or schools… But there is this deadly culture of standardizing, that’s being pushed on them, politically. My core message here is that we have to personalize education, not standardize it. That all children are different, and we have to find their talents and cultivate them.”


If you’ve never watching Sir Ken Robinson’s Ted Talk from 2006, or if you’ve not seen it for  a while, here it is. Either way, it is a must watch.


Links to many other Sir Ken videos can also be found here.


‘Our children are living in the most intensive stimulating period in the history of the earth. They’re being besieged with information and coerced for attention from every platform: computers, from IPhones, from advertising hoardings, from hundreds of television channels. And we’re penalizing them now for getting distracted. From what? Boring stuff. At school, for the most part. It seems to me not a coincidence, totally, that the instance of ADHD has risen in parallel with the growth of the standardized testing. Now these kids are being given Ritalin and Aderol and all manner of things, often quite dangerous drugs, to get them focused and calm them down… It’s a fictitious epidemic.'


Does writing by hand still matter in the digital age?


Technology is having an impact on children’s handwriting ability. But what does this mean for learning and development?

‘But what of the role that handwriting plays in learning and development? And with technology changing how we live and work, what place does handwriting have in the modern classroom? These were the questions put to the teachers, academics and specialists in education and technology at the Guardian’s roundtable event on 27 February.’


But is there even a correct way to hold a pen? 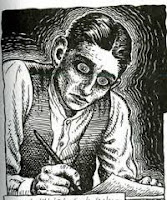 ‘It's true that handwriting employs our hand muscles differently from the swiping and tapping motions we use to navigate the online world of today.
But when it comes to scrawling words on the page, the idea of 'correct' pencil grasp is actually way older than the iPhone - and science shows that there appears to be more than one way to correctly hold a pen.'


Arts integration: Turning teaching on its head
‘Sometimes the arts are used alongside a lesson being taught – for

example, students might turn their writing into a performance and ‘act it out’ or perhaps draw a picture of what they have learned. We consider that in these instances, arts are simply being used alongside other subject areas, and while we like this idea, it is not what we mean by arts integration.  In our view, arts integration is a method of teaching, a pedagogical approach that focuses on the [non-arts] subject being taught, and not necessarily on the art form.’


Learning from one of New Zealand's pioneer teacher - Elwyn Richardson
(Author of 'In The Early World ' possibly the best book written about education anywhere. ..)


Bruce’s article here is the perfect follow-on from the Sir Ken Robinson links and shows a way to Elwyn Richardson took creative primary education to a new and, I suspect, still unsurpassed level. long before Sir Ken's rise to fame.

‘Elwyn expressed concern that due to learning becoming over intellectualized ( and therefore available to be assessed), that intuitive thought was in danger of being neglected. There was, he felt, a danger of learning becoming too conceptualized and that this would result in damaging students' intuition and creativity. That it would result in the neglect or downplaying of the creative arts.’


Bill Gates Admits His Common Core Experiment Is A Failure


This comes on the heels of New Zealand abandoning their rather similar national standards. Maybe non-educators should stick to their knitting…


‘ After spending $400 million on forcing schools around the country to adopt Common Core, Bill Gates has finally admitted that the controversial teaching method is a failure, and significantly less effective than traditional teaching methods.


Parents and teachers across the nation have been urging schools to dump the toxic Common Core curriculum, arguing that it deliberately dumbs down children and creates unnecessary and complicated methods for working out relatively simple problems.’

Assessment in the early years…

reading at a certain level.  This kind of practice breaks my heart.  I don't for a moment think that these teachers are doing this to hurt children, but I don't think they have taken time to think about how the children feel.  How does this shape their view of what reading is or even learning is?   How does it promote a culture of shared learning and journey?  How does it speak to these children about failure and mistakes?’


From Bruce’s ‘goldie oldies’ file:
Here’s a collection of all Bruce’s articles about Sir Ken Robinson.
Out of Our Minds 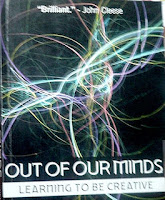 ‘A book to read for all who believe in creative education. 'Out of Our Minds' by Sir Ken Robinson. Introductory keynote speaker at the 07 NZPPF Conference to be held in Auckland.’


'Sir Ken talks about the importance of nurturing innovative solutions in the classrooms - indeed in every aspect of life. Sir Ken is now senior adviser to the Paul Getty Trust and was knighted in 2003 for his commitment to the creative arts and education in the UK.  is set to become the 'buzz' word of the future. Sir Ken sees creativity as essential for students as they seek jobs in the future.’

‘A must read for anyone who believes in an education system that aims at developing the gifts and talents of all students. Read this article about Sir Ken's latest book My plea is for creative teachers, particularly those in New Zealand, to share this with as many teachers and schools as they can because the message is so important.’


‘One writer school leaders could get behind to give support is Sir Ken Robinson who is well known to many schools. And there are many others. It is also ironic that while Western countries follow neo liberal ideology leading to testing, standardization and privatization Asian counties are working hard to break out of high stake testing and introduce more creativity into their systems!’


‘The previous Nationals  Government was right in believing schools should do a lot better. No

student should leave school feeling a failure. The trouble is their approach is wrong, and ironically, with its desire for all students to be assessed against National Standards, is creating ‘winners and losers’ environment and in the process narrowing the curriculum and encourages teaching to the tests. Sir Ken Robinson call this standardization a fast food approach; an  approach that has its genesis in the past industrial age.’

‘While schools are distracted by ensuring they are seen to do well in achieving / improving their National Standards and NCEA data they are creating the very hyper-accountability conditions that make it difficult for creative teachers.’ 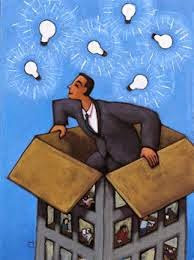