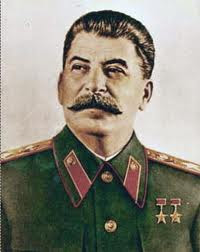 Why are we following Joseph Stalin?

National goes for a 'big brother' approach - we always knew they would!!!!


The critics of the previous Labour Government used to call its leadership 'Helengrad'.

Ironically, in education, the current government is moving towards what looks very much like the philosophy of Soviet Russia under Joseph Stalin.We seem to be moving away from a benign 'nanny state' to a destructive and regressive Big Brother environment in education.

If schools have not read the recent posting of Kelvin Smythe they ought to do so because once the election is over they will have to face up to surveillance culture that will have long term effects on education. The innovation, freedom and creativity of the 2007 New Zealand Curriculum will be at risk. Mind you this innovative curriculum was introduced under the previous Labour Government. The current government's approach is hard to align with  their so called core values  of  innovation, individual freedom and enterprise.

If it all comes to pass teacher professionalism will be replaced by technocratic control - compliance, not creativity, will be the new tune  to dance to.

'.....we are going to have a more feral and destructive kind, national testing. Unless you go to a private school, or a te reo school, children will be given a number, and test results will be sent monthly from classrooms for a profile to be established. There won’t be any privacy issues we’ll be assured, and in some respects they’ll be right, they’ll be ethical and moral ones. Children will know the information is being sent to the central bureaucracies and attached to a number representing them, and that the information will be stored. Is this the kind of knowledge, expectation, and experience we want our children to have? They will become well aware that the results from those monthly tense, high stakes’ tests will be sent to for that purpose.

Do you want this to be the experience for our children?'

The similaritiesies between what is being proposed in countries pursuing  a national standards agenda and 1930 Russia has been noted by American critics of national testing - and Mrs Tolley's proposal are in line with what is happenings in the US. Why we follow failing procedures from failing countries is beyond comprehension.

In the 1930s the Soviet Union was mired in a recession with poverty and unemployment rampant. The Soviet Union, under Joseph Stalin , instigated a series of educational reforms designed to obliterate the the established progressive system and to create a new centralised structure that would increase literacy and numeracy.

The similarities to what is happening in America today ( and Australia and  UK and soon NZ) are as discomforting as they are striking.

In America , despite uncertainty about what National Standards should look like and ignoring professional opinions, 48 state government have already accepted the new  standards - improved from the destructive standards previously imposed by the No Child Left Behind ( NCLB) of the Bush Administration.  States gain financial reward if they agree to take part!

Under President Obama'a Secretary of Education  Arne Duncan  the goal of the current administration is 'to establish national standards and national testing so that states, regions, schools, teachers, and students can be compared and ranked'.

This was Joseph Stalin's plan and now is Mrs Tolleys!

Before Stalin's educational reforms teaching was characterised by local control and educational polices influenced by 'pedologists' ( such as the currently highly respected in the West Lev Vygotsky) who were oriented towards a 'child centred' eduction. This approach , in contrast to imposed standardisation, is pursued by innovative countries as 'personalised learning'. It is this approach that underpins the increasingly sidelined NZ 2007 National Curriculum. The Communist party rejected 'child centred' learning in favour a standardised curriculum that featured frequent examinations, competitive  testing and  grading and a focus on the basics Sound familiar?

In America ,as a result of standardised testing/teaching and grading,  areas of the curriculum, such as the arts, physical education and areas of personal interest are being neglected. A 'procrustian' 'one size fit all' approach that ignores individual variation between students and will result in a loss of creativity. Schools are now teaching to the tests for their own survival.

Soviet teachers in the 1930s had little leeway to to veer from government edicts, and this is happening in the USA and will happen  in New Zealand. Government contracted 'advisers' will make certain of this. Few principals will have the courage to stand against such a technocratic approach. Advisers will determine 'best practices' for schools to comply with and ERO will reinforce this.

The most debilitating result of such a test regime will be  to use the narrow test results to assess the quality of learning - the national standards in literacy and numeracy will become the default curriculum.This is already being seen in the USA, the UK, Australia  and already in many New Zealand schools. Teachers in such an oppressive environment will not want to introduce students to areas of learning that will not be tested - their schools success will depend on them complying.

The whole idea of 'ivory tower educational tecnocrats' determining what standards students should know would impress Joseph Stalin! Joseph also banned fairy stories as being unscientific - imagination is not a strong point of technocrats in Russia, the USA and in the Ministry of education in New Zealand!

Why the public is blindly accepting the idea that their children's final outcomes can be standardised and preconceived  by technocrats is beyond comprehension. Mind you there are now many teachers, using teaching intentions and WALTS, who have come to believe in such an uncreative 'clone like' teaching approach. It is anti democratic and anti individualistic more suited to the goals of communism - all about discouraging creativity and individual personality personality and more towards averaging and levelling  of achievement - 'closing the gap' at all costs!

Already in America politicians are talking about firing the staff of unsuccessful schools as shown by testing under the catch call of accountability. Joseph would not hesitate! How can tests scores be compared between high and low decile schools - and do tests tell the whole story?

What is required is for educational leadership to 'fight for what is worth fighting for' to quote Fullan and Hargreaves. Remember it was Fullan who said, 'politicians always get it wrong'.

But leadership is one thing that is missing.

I wouldn't blame Russian principals for keeping their heads down but New Zealand is not yet so oppressive so there is still time.

Creative teacher ought to be valued for their enthusiasm , passion and relationships,  not just unscientific and narrow test scores. Teachers are important influences in a childs' life and  teachers know, through,experience, that many students who might struggle at school do well in life -and vice versa! And teachers know the debilitating effects of poverty on their students education success -something politicians are loath to admit.

In the 1930s Russian leaders rejected any notion of  heredity and environment in education  and that all students  ( the one in five who currently fail according to Mrs Tolley) can succeed if teachers conformed to government expectations.

While the Russian leaders extolled the  vital role of the teacher (as does Mrs Tolley) more emphasis was placed on conforming teachers to government expectation than improving the capacity of teachers to engage all students to help all students realize their full potential. In Russia teachers learnt to fear failure and to keep their heads down and toe the party line;  a lesson now being learnt in New Zealand schools!

It is not too late for real leadership in our schools!

If leadership does not emerge school principals will have to accept their role in transforming teachers into technicians. What will be seen as a  good teacher in the future will be a long way from the creativity that New Zealand teachers were once recognised worldwide for.

Education is fast becoming more about making teachers comply to government directives that helping all students realize their innate potential. Mrs Tolley and her National Party with their standards, and through  their future agenda uncovered by Kelvin Smythe, is destroying the creative fabric of education.

The Stalinisation of Soviet schools had a persuasive effect on Soviet life and  as a result Soviet schools remained largely unchanged for fifty years.

Education reforms in USA , the UK (and coming soon to New Zealand)  are leading schools to an era of measurable prescribed outcomes and deadening accountability rather than dynamic creativity - the cost is just too great.

A country in the twenty first century, an age of unpredictability, cannot afford to  lose the spirit of creativity in their students  - such dymanic creativity is the  only thing that will ensure success in the interesting and challenging years that lie ahead.
Posted by Bruce Hammonds at 5:49 pm

Good to have you back Bruce!

Excellent, Bruce. Glad that you have retained your rights to express your opinions and to say what really needs to be said.

With the publication of National's education policy principals will now have to comply with a survellience culture that will destroy creativity, initiative and school diversity

They will only have themselves to blame. Only a few principals have had the courage of their convictions to oppose such regressive ideas.

New Zealand will now join the USA and the UK as countries with 'league tables' who score well behind New Zealand in International comparisons.

The technocrats have won - until it proves to be the wrong policy for the 21stC.

There are very, very few principals in the country who, as James Stapleton wrote in the latest issue of Education Today, haven't rolled over and acquiesed to these ‘reforms’.

Those who would rather 'be compliant than complain' are just as culpable as the political persuaders and their so called education experts who happily have sold us out for a few pieces of silver!

I so agree with James Stapleton - most principals gave up the fight a long time ago. And the few brave ones didn't get the support from the others - who either can't see the dangers ahead or don't want to know.

We educating our children to be good factory workers in an information age. Show up on time and learn the standard operating procedures. Don't question authority and follow the instructions to the letter. Forget what method educators use. The real question is why are we teaching our children how to live in a world that is disappearing before our eyes?

You are right anon. School has always had an element of do as you are told but now it will reinforce the idea that authorities know best - and these days authorities are corporations and their political lackeys. In John Key's case one and the same thing. Schools will simply have to comply to the government's wishes - Jo Stalin or Ray Kroc from McDonalds would be pleased.Anyway many school principals act like benevolent dictators forgetting how much their own principals got in the way.

And as you say this top down financial orientated 'greed first' world is dying and taking the rest of us with it.