Time for a real 'step change' for educationl change 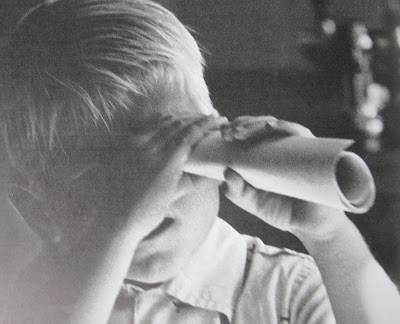 The challenge our past or their future - the need for distant horizons ?

By the pure serendipity of the internet I was sent a Scottish pamphlet ‘Transformative Innovation in Education’ which outlined the ‘three horizons’ of change.
The pamphlet repeats the familiar argument that nothing less than transformational change is required but suggests that experience suggests all such attempts will fail due to the forces of conservatism, powerful vested interests, the enduring infrastructure of schools and even the forces of the market that all conspire against real change. Incremental improvement of the current model is all we can expect. ‘Warning lights’, they say, ‘have been flashing for decades but secondary schools; in particular, find it difficult to leave their Victorian heritage’.
'Our debate seems stuck between those who want to dismantle the system and those who want to defend an indefensible status quo’ to quote Barrack Obama.
The pamphlet outlines a way to move beyond the inevitable maintenance of the status quo by transition rather than revolution.

To do this they have developed a ‘three horizons’ framework which is applicable to all areas of life and not just education.
The first horizon (H1) is the dominant system as at present. It represents ‘business as usual’ but increasingly a ‘business as usual’ that is beginning to feel out of place. Much current innovation is being introduced in light of H1 shortcomings.
In contrast there are innovations that look ‘way off beam’ looking from an H1 perspective. They are seen as ‘fringe’ activities and are based on a different premise. These radical innovations introduce entirely new ways of doing things, the authors of the pamphlet write, and are the beginnings of a ‘third horizon’ H3. Personalization of learning fits into this way of thinking.
The answer to the dilemma of polarizing ‘either/ or’ change is the development of a transitional ‘second horizon’ H2. Then the challenge, they write, is to address the dominance of the first horizon while at the same time ‘sowing the seeds of the third in the second horizon.  People, the pamphlet says, tend to identify with one or other of the three horizons. All three horizons are always present but the first horizon works hard to maintain its dominance by either crushing or co-opting the second.
The ‘mindset’ of the first horizon is about maintenance, efficiency and management; the second entrepreneurial; the third is visionary and aspirational.

None of these mindsets is wrong but most of the problem of change result due to polarization between horizon one and three and to solve this problem of transition attention must be paid to the second horizon.
Unfortunately innovation in H2 tends to look backwards towards improvement and, as such, will not solve basic issues. H3 is about a world that doesn’t yet exist – ‘about solving problems we don’t even know are problems’. Without a strong H3 perspective – Ellyard’s ‘preferred vision’ - we will always be drawn back to the status quo. An active and imaginative vision provides a sense of possibility to focus attention on the future.
Education, the authors of the pamphlet write, is particularly averse to change and that there is a natural conservative bias towards conserving the wisdom of the past. Educationalist Michael Fullan has written that schools are poor learning organizations.
Demand for the H1 horizon has led to standardization, accountability and measuring demands so as to make comparisons possible between school leading to ‘league tables’.
The 07 New Zealand Curriculum provides a glimpse of the H3 ‘horizon’ but it currently at risk of being stalled by the government’s H1 national standards.   Compliances to such standards will draw school back to the first horizon and take their focus off the H3 21stC competencies –we will go on measuring the wrong things; the cure maybe worse than the problem.
The new curriculum provides schools with an explicit H3 purpose for education to ensure students leave ‘confident life long learners’.
It would be shame if such a vision were not to be realized. Business philosopher Peter Drucker has written that the first countries to develop a true 21stC educational system will be winners in the future but that to do it schools will have to abandon anything that holds them back.
The challenge to navigate between the past and the future lies in the transition zone (H2) but it depends on a strong vision of the future to focus practical action so as to escape the pull of the past. Being aware of the ‘three horizons’ will help clarify actions.
‘The future’, as William Gibson writes, ‘is already here’ for those who can see the trends but it will take the belief in  a strong future vision  and courageous leadership realize it in our schools.
Posted by Bruce Hammonds at 7:05 am

Could you put a link to the pamphlet or send me a copy via email - sounds very interesting. Thanks.