National's 'brighter future' doesn't include the students or their teachers! 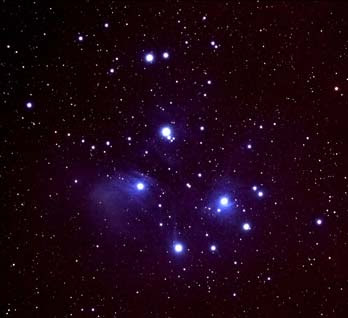 The current National Government has ignored educators worldwide and opted for an accountants view of education turning students into products and schools into factories so as to give consumers a choice - but what a choice!

What many feared has come to pass.

Populist political simplicity has won the day!If you repeat a half truth ( one in 5 students are failing) without also factoring in the effects of poverty and poor health of  unknown in other civilised countries. One fifth of our students live in distressing poverty ( that is , of course, 1 in 5)

The Government seems to admire a McDonald's approach to education and , if they knew their history, one promulgated by Joseph Stalin in the 1930s. Joseph also believed in the pseudo science of measurement as do technocrats around the world.

Read what a young teacher wisely has written - shame many principals don't have the same insight.


‘Learn from what not to do from reform in the US’.....
said Joe Bower from Alberta, Canada quoting from “Testing, Testing’ by Larry Bool and J.C.Couture.  They maintain that the absurd elements of the absurd US reform are largely ideological....
http://www.joebower.org/2011/11/united-states-how-not-to-reform.html
*market-based business methods for the running of schools;
*emphasis on standardisation and narrowing of curriculum;
*fostering choice and competition among schools;
*making judgements based on test data;
*merit pay and other incentives;
*faith that technologically mediated instruction will reduce costs;
*overwhelming top-down approach which tells everyone what to do;
*holds everyone-else accountable.
For New Zealand and Australia [as well as Canada] to copy such reform elements is beyond belief - where was the professional leadership - setting tests no doubt!
And read what a  wise old Director General of Queensland Primary education has to say.

And check out this warning from a great Canadian blogger!

True science , according to Brian Cox Science Adviser to the previous Ministry of Education and Science in the UK is 'being happy with the unknown' - a search to reach for the stars.

A quote from American educationalist Glickman 2006  clearly states the scenario we are moving into in New Zealand.

' Today, measuring the accomplishments of students, teachers, and schools by standardised test scores and handing out rewards and punishments for reaching or failing to reach state and federal standards has become commonplace.

In such a climate, we typically err too much on the side of avoiding failure by relying on externally approved " research based" programmes, teaching methods, and assessments that are officially prompted by state and federal governments ( through their agencies).

What we lose in the process is imagination.Failure cannot go unchallenged, but what we have today is our own failure to imagine new possibilities and the worth of what has already worked well*. There is no tragedy in reaching for the stars and falling short; the greatest tragedy in never reaching at all.'

And from the  UK  another warning ( source NZ Herald).

Many British adults say they did not realise their true potential until years after they had left school. A survey of 2000  people found, on average,   they cited 22 as the age they found their niche in life.  Nearly half of those surveyed felt they  were regarded as average or poor students while they were at school. Of those, 15% said they never got the chance to discover their talent in the classroom because their teachers had written them off as failures'.

It seems to me that the challenge of 21stC schools is to ensure all the talents and skills of every individual students are realised - and, according to business philosopher Peter Drucker, the first country to develop such an education system will win the future.

It is a shame that our government looks back to failed approaches , used by failing countries, for inspiration. And it is a shame that not many schools are developing true personalised talent based programmes.

Most schools lost the plot years ago and now the 2007 NZ Curriculum - an antidote to previous curriculum approaches, has all but  been sidelined.

What Glickman says will come to pass in NZ - most schools are well on the way. Imagination is in short supply in our increasingly clone like schools.

The first quote where we are going ( the blind following the blind) and the second points out what we are losing - maybe what we have always lost.