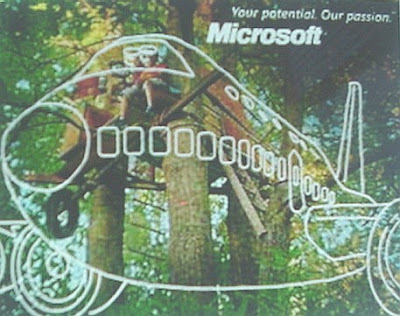 We need to, after a decades of individualism and greed, return to values and behaviors that are respectful of each other, other cultures and our environment. School have to escape from an over emphasis on individualism and efficiency and return to valuing the democratic virtues that contribute to the common good of all people and cultures.

A vision without a task is a dream - a task without a vision is drudgery- but a task with vision can change the world'. Black Elk

'It is today that we create the world of the future'. Eleanor Roosevelt

'If we do not change our direction, we are likely to end up where we are headed.' Chinese Proverb

'The challenge of discovery lies not in seeking new landscapes but having new eyes'. Marcel Proust

'You cannot have a learning organisation without a shared vision...A shared vision provides a compass to keep learning on course when stress develops.' Peter Senge

'The gap between vision and current reality is also a source of energy. If there were no gap, there would be no need for any action to move towards the vision. We call this gap creative tension.' Peter Senge

'The best principals are not heroes; they are hero makers'. Roland Barth

'Following the sun we left the Old World.' Christopher Columbus

'Many school are like a collection of sole charges with a shared car park!' Anon

In the absence of a great dream pettiness prevails. Shred visions foster risk taking, courage and innovation. Keeping the end in mind creates the confidence to make decisions even in moments of crisis.' Peter Senge

'In some ways clarifying a vision is easy. A more difficult challenge comes in facing current reality' Peter Senge

' There is no paint by numbers way to the future'. Anon

'Prediction is difficult- particularly when it involves the future.' Mark Twain

'The best way to predict the future is to invent it now.' Art Costa

Linus, 'I guess it wrong to be worried about tomorrow, maybe we should only worry about today?'
Charlie Brown, 'No, that's giving up: I'm hoping that yesterday will get better!' Shutlz

'We can easily forgive a child whom is frightened of the dark; the real tragedy of life is when men are afraid of the light.' Plato

'The moral sense, or conscience, is as much part of a man as his leg or arm. It is given to all in a stronger or weaker degree.. It may be strengthened by exercise. Thomas Jefferson

' I am entirely certain that twenty years from now we will look back at education as it is practiced in most schools today and wonder how we could tolerated anything so primitive.' John W Gardner

'It is not who you attend school with but who controls the school you attend.' Nick Giovanni US Poet

'Shoot for the moon. Even if you miss it you will land amongst the stars.' Les Brown

'Ones vision is not a road map but a compass'. Peter Block Business Philosopher

'The pathway to educational excellence lies within each school.' Terrance Deal

'One of the saddest things about US education is that the wisdom of our most successful teachers is lost to the profession when they retire.' John Dewey

'If people who have to work together in an enterprise trust one another it is because they are all operating to a common set of ethical norms....such a society will be better able to innovate...since the high degree of trust will permit a wide variety of social relationships to emerge...' Fukuyama 95 Trust

'We imagine a school in which students and teachers excitedly and joyfully stretch themselves to their limits in pursuit of projects built on their vision...not one that succeeds in making apathetic students satisfying minimal standards.' S Papert

'Too many young people are being taught to give up their dreams before they have any experience attempting to pursue them'. Robert Fritz 'The Path of Least Resistance'

'It takes courage and skill to be unambiguous and clear.' Peter Senge

'We need a multiplicity of visions, dreams and prophecies - images of potential tomorrows.' Alvin Tofler

'I believe we are afraid of recognizing how fundamental our lives would have to be changed if we should choose to work out of a shared vision.' Ralph Theobald

We need to value the importance of simplicity, focus and living according to our values.' Phillip Humbert http://www.philliphumbet.com/

'It is not so much about to see what no one has seen before but to think what nobody has yet thought about that which everybody sees.' Schopenhauer

'We can no longer stand at the end of something we visualized in detail and plan backwards from that future. Instead we must stand at the beginning, clear in our mind, with a willingness to be involved in discovery... it asks that we participate rather than plan.' Margaret Wheatley and Kellner -Rogers.

'New frameworks are like climbing a mountain - the larger view encompasses rather than rejects the more restricted view.' Einstein

'the void in our society has been produced by the absence of values... we have no widespread belief in the value of participation. The rational system has made us fear standing out in any serious way.' John Ralston Saul 'Voltaire's Bastards'.

'Education without values, as useful as it is, seems to make a man more clever devil.' C S Lewis

'The heart and soul of school culture is what people believe, the assumptions they make about how school works.' Thomas Sergiovanni

'It is what teachers think, what teachers do, and what teachers are at the level of the classroom that ultimately shapes the kind of learning that young people get.' Andy Hargreaves and Michael Fullan

'A belief is not a belief until you can visualize it, unless you can create a picture of it in your minds eye, especially if you have no doubts that reality can be - or is - possible.' Hedley Beare Aust Educationalist

'Something magical happens when you bring together a group of people from different disciplines with a common purpose.' Mark Stefik Palo Alto Research Centre Fellow

'If we believe something does not exist unless we measure it, then we put aside: love, feeling, intuition, art and philosophy.' Peter Block 'The Answer to How is Yes.'

Every person in the organization must change inside their hearts and minds, so that they themselves become principle centred.' Stephen Covey Business Philosopher

'We may never fully appreciate the role that not pursuing a dream plays in limiting people to disappointing careers and regret filled lives... 'I used to be so gutsy'... 'What happened?.' Anon

'I think I don't regret a single excess of my responsive youth, I only regret, in my chilled age, certain occasions and possibilities I didn't embrace.' Henry James
Posted by Bruce Hammonds at 11:23 am