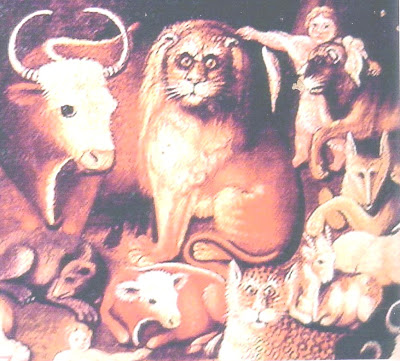 For the past decade or so we have seen schools being forced to comply to a business managerial ideology that has all but crushed the common sense and creativity of innovative teachers and schools. We believe now is the time to reclaim schools as democratic learning communities based on shared values and teaching beliefs that realize the gifts and talents of all students.

Peter Senge introduced the idea of the 'Learning Organisation', Now he says... to change we need to stop thinking like mechanics and to start acting like gardeners... Companies are actually living organisms not machines'  From 'Fast Company Magazine

'Community building must become the heart of any school improvement effort.
Thomas Sergiovanni

'Culture is the underground stream of norms, values, beliefs, traditions, and rituals that builds up over time as people work together, solve problems, and confront challenges .This set of informal expectations and values shapes how people think, feel, and act in schools.' Deal and Patterson 98

'To cope with a changing world, any entity must develop the capacity of shifting and changing - of developing new skills and attitudes; in short, the capability of learning.'
A De Gues, The Living Company

'Secondary education is a more purely industrial age institution than any business.' Peter Senge 'The School That Learns'

'If we remain wedded to the way education is currently provided we cannot imagine other ways.. we need some imagination , some fantasy, some new ways of thinking - some magic in fact' Hedley Beare Prof of Educ Melbourne

'We must act as if our institutions are ours to create, our learning is ours to define, our leadership we seek is ours to become. Peter Block Philosopher

'Many of our schools are good schools if only this were 1965'. Louise Stoll and Dean Fink

'If we want to create a workplace that values idealism, human connection, and real, in depth learning, we will have to create it ourselves'. Peter Block

'It is a tragedy that, for most of us, school is not a place for deepening our sense of who we are and what we are committed to. If it were, think of the lasting changes it would have made.' Peter Senge

'All human beings are born with unique gifts. The healthy functioning of our community depends on its capacity to develop each gift.' Peter Senge 'The Learning School.'

'Parents and educators…need to establish a culture in which security and clarity of expectations are balanced with the encouragement of playfulness, inquisitiveness and self reliance.' Guy Claxton in 'Wise -Up'

'In high performing schools…Teachers feel invigorated, challenged, professionally engaged, and empowered just because they are there.' Margaret Arbuckle US educator

'It is strange perhaps to realize that most people have a desire to love their organizations. They love the purpose of their school....They fall in love with the identity that is trying to be expressed. They connect to the founding vision.' Margaret Wheatley and Kellner Rogers

'The guiding principle being put forward is that schools must be self directing.' John Goodland

'As the world becomes more inter-connected organizations that will truly excel in the future will be ( those)... that discover how to tap people's commitment and capacity to learn.' Peter Senge 'The Fifth Discipline'

'Stories are the most effective ways of changing minds...there has to be a protagonist. There has to be a goal. There have to be obstacles people can identify with. There has to be an ultimate resolution - hopefully a positive one...what leaders do is put aside or reject the old story, the story you have grown up with. Leaders say, 'No it's a different story. You may not like it initially, but it's a better story in the long run, and you have to go with it and here is why...' . Howard Gardner 2004 'The Art and Science of Changing Peoples Minds.

'We can create our own characters and write our own script, if properly taught: 'In a very real sense...human being create themselves' and school can be stage on which children work through the plot, rehearse their roles, learn the cues, create social functions, try out their 'ideal selves' for size, play hero parts which demonstrate their capability for greatness.' Jerry Starratt Expert School Leadership

'Never doubt that a small group of thoughtful citizens can change the world. Indeed it is the only thing that ever has.' Margaret Mead

'Umuatu ngumuntu naga antu' 'A person is a person because of other people.' Zulu saying

'Ones actions ought to come from achieved stillness: not rushing on.' D H Lawrence

'It is difficult to know what a fish talks about, but you can be sure it is not about water.' Old joke

Kettering (US inventor) has little time for conventional education. He thought genuine innovators were hobbled more than helped by what they had learned in school. Overly educated people were least likely to make new discoveries...they were too intent on doing things the way they had been taught.' Farson and Keynes 'Whoever Makes the Most Mistakes Wins.'

'Progress seldom leads to serenity, nor should it. A serene workforce is unlikely to try new things .Creative workers gripe a lot but at a high level...They are concerned about having the leeway and support to be create something new. They want their talents to be utilized. They crave a challenge'. Farston and Keynes 'Whoever Makes the Most Mistakes Wins.'

'This acceptance ( that neither success or failure are what it seems to be) produces work environments that are genuinely risk friendly, which is to say failure tolerant...Those who are passionately engaged in a task they care about are the ones most likely to achieve success...This is the samurai way.' Farson and Keyes 'Whoever Makes the Most Mistakes Wins'.

Life is like a cobweb, not an organizing chart.' Ross Perot US Computer Businessman

'We spend too much of our time worrying about the mosquitoes and not enough time concerning ourselves about the health of the pond.' Anon

'People come to relate to each other in predicable ways, which form a pattern that when defined the structure of relationships - norms, expectations, taken for granted habits of communicating. These patterns aren't fixed; they can change. Fast Company

' Communities of the mind are collections of individuals who are bonded together by natural will and to a set of shared ideals and ideals.' Thomas Sergiovanni

A learning organisation sees the environment. as messy, complex and volatile. It picks and chooses it's way attempting to use certain events as catalysts for action, turn constraints into opportunities, and blunt or minimise the impositions that do not make sense...because they know that that is the only way to survive and prosper in a complex environment. Michael Fullan

'Shared values are more important than paper and policies. We need, passion, people, and pride. Leadership not management.' Lester Levy

'It's not the biggest, the brightest, or the best that will survive, but those who adapt the quickest'. Charles Darwin

'Changing public education is like punching a pillow or as someone once said like moving a cemetery; after you've done all the work you still have a cemetery.' Art Costa

'Biological systems are adaptable, resilient, and capable of generating perpetual novelty. That's not a bad list of attributes for a company of the future.' M Wheatley
'The essential purpose is to decide for oneself what is of genuine value in life. And then to find the courage to taker your own thoughts seriously Albert Einstein

'To control and sort young people for the sake of institutional efficiency is to crush the human spirit.' Ron Miller
Posted by Bruce Hammonds at 11:06 am