Yong-Zhao: Leading the way in education - instead of following the failing neo liberal agenda

'Education in America  is at a crossroads', writes American educator Yong-Zhao

Ironically while China is busy trying to transform its test orientated education into a talent orientated system, writes Chinese born but now a respected American educator Yong- Zhao, America ( and now New Zealand) is moving towards a standardized test driven culture.
Why right wing politicians in New Zealand would want to follow the failing neo-liberal agenda of the USA is more to do with politics than education.
In America they have the No Child Left Behind testing programmes based around literacy and numeracy and in New Zealand we have National Standards.
Why we follow the failing approaches of the USA, the UK and Australia when we could be leading the world into developing a system that focuses on developing the talents and gifts of all students shows a lack of direction by those who profess to lead our schools. Schools cannot just be simply against such standards, which increasingly sound like whinging, they need to be leading by articulating a creative alternative.
To thrive inrapidly changing world countries like New Zealand needs to cultivate adiversity of talents of all citizens if we really want to be seen as an innovative country. Cultivating this student creativity and imagination is one thing our New Zealand schools have never done with the exception of a few creative teachers.
Yong- Zhao, in his book  ‘Catching up by Leading’, points out the damage being created by the American NCLB, and even more strongly, writes that schools that comply ‘are actually undermining their strengths by overemphasizing high-stakes testing and standardisation’.
There are lessons we can learn from America (and the UK and Australia) – of what not to do! Particularly as we rate higher in international testing than such countries. We need to lead rather than follow.
In America the NCLB has resulted in school teaching to the test and the reduction of time for subjects not tested. As well teachers, to score well, have changed their instructional focus and teaching styles. Some American schools have even resorted to cheating.
Schools in America (and other Western countries who follow the same neo- liberal agenda) spend valuable teaching time on test preparation (another form of cheating?). Already schools in New Zealand are, disturbingly, ensuring their teaching focuses on their ensuring test results are impressive – and this self- interest can only get worse. And if you read KelvinSmythe the Ministry is ensuring the ‘shonky’ National Standards results show improvements to 'prove' their value.
If schools do not make a collective stand and present an alternative beyond objecting to National Standards it will be too late.
The reasoning behind the NCLB in America resonates to what is happening in New Zealand under this government.
According to Zong Zhao it goes like this:
American education is in a crisis.
This crisis is proved by the ‘achievement gap’ (ignoring, of course, poverty issues).
The ‘achievement gap’ results from poor teaching; teachers who hold low expectations of their students. (John Key said as much as this prior to the elections). This is not helped by self-interested teacher unions.
Teachers are to be seen as complacent or lazy.
The solution is hold educators accountable for producing measurable outcomes including publishing of school performance data thus providing information for parent school choice and the possibility using performance-based teacher pay.
Standardisation and centralisation of curriculum and assessment are essential ingredients for obvious reasons.
All students have to be held to the same standards and need to be assessed by the same tests otherwise it is impossible to compare how much students have learnt or to distinguish good teachers and schools from poor ones. Until tests are standardised as in the UK and Australia results will remain ‘shonky’.
The consequence of such standardised teaching leads to the homogenisation of student outcomes and a diminishing of student talents in areas not being tested.
National Standards practically define what ‘good ‘education is; they become the default curriculum. A ‘good’ education is defined as a school being able to show good scores in a literacy and numeracy. Such a ‘good education’ deprives students the opportunity to develop talents in other areas. In addition children who do not perform well will be shamed and seen ‘at risk’ doomed to get more of what they cannot do while their unique gifts are ignored.
Theoretically schools can teach more than defined by the Standards but in reality schools will ensure they do well in areas that affect their reputation by focusing on areas that ‘count’.
As a result of such a narrow agenda schools will produce students with a narrow range of measurable outcomes.
Yong- Zhao writes that this approach in America will limit the production of creative and imaginative individual with a wide range of talents the very people China is determined to produce!
New Zealand educators need to confront such a narrow interpretation of education and present an alternative based on an education that develops the talents and gifts of all students.
It is morally wrong, Yong-Zhao writes, ‘to place all responsibilities on schools and teachers. While schools can definitely do a lot to help children overcome certain difficulties, their influence has limits.’
Worse still, Zhoa writes, the NCLB is ‘putting America in danger’….into a deeper crisis ‘because it is likely to lead increasing distrust of educators, disregard of students’ individual interests, destruction of local autonomy and capacity for innovation, and disrespect for human values’.
We are well on the way  in New Zealand to follow America into such a depressing scenario. 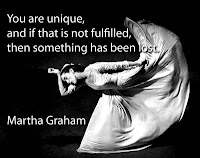 Now is the time for schools to see the big picture and to collectively present an alternative vision; a vision implicit in the all but side-lined 2007 New Zealand Curriculum which sees students as ‘seeking using and creating their own knowledge.’ All it needs is a greater emphasis on developing the gifts and talents of all students.

For the keen an interview with Yong Zhao
Posted by Bruce Hammonds at 2:51 pm

Are principals aware of the obvious scenario you outline being imposed on our schools? Seems not!

I am not sure if they all appreciate the scenario being imposed on them - if they do they are reluctant to speak out against it.

Why do our current politicians ignore the good advice of Yong Zhao? Too busy pushing public schooing towards privatisation I fear