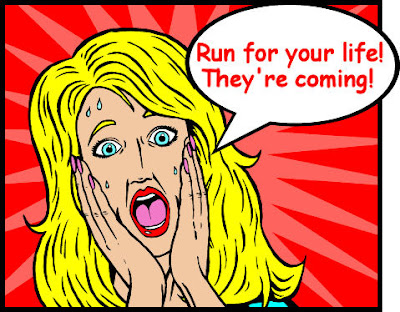 The government administrative moves mooted this morning
The government has made its move to establish a chain of charter schools to push the privatisation of education as a means to weaken the teacher unions, to push the neo-liberal ideology, to narrow and industrialise teaching, to have education for profit, to tie New Zealand to global corporations, to demean public schooling, to bureaucratise schooling, to de-professionalise the school work force, to reduce parent voice, and to increase bureaucratic and centralised control of schools.
All this, even though New Zealand’s system is the most successful in the world and, as part of that, doing best with children from less well off families.
This is a very quick response because I am working on some other postings and I have a few health issues to face.
Before the election I wrote in a posting (‘Jackboots in the classroom’):
‘In New Zealand, after the election, I predict a dramatic ramping up of the bureaucratisation of education, this will have the effect of entrenching political control of what happens in classrooms to the most minor of details. As we know, all the ‘services’ presently available to schools are already bureaucratised, from academic and professional development services right down to RTLBs, or in the process of being so.  I anticipate that after the election, Public-Private-Partnerships will have quite an impact on how schools are viewed, but this will be small beer compared with what I believe will be a major reorganisation of the administration of schools to remove the last vestiges of Tomorrow’s Schools. It will be done, of course, in the name of efficiency but the real purpose will be control for revenge, ideological, and financial purposes. I anticipate the closing of many smaller schools and the ones remaining being clustered under a larger school with a supra-board of control, sometimes with a non-education person in control, leaving individual schools with only nominal powers. Similar structures will be put in place in cities and provincial towns.’
And some months before that in a posting (‘Horizons, whirlpools, Sartrean secrets John Hattie and other symptoms of the continuing tragedy’) in which I exposed John Hattie for what he was, I commented on his criticism of the New Zealand system as being one of a thousand flowers:
‘Hattie’s justification, it seems, is that because schools have been allowed to develop their own standards this has resulted in school system of a thousand flowers which, according to him, is a bad thing. We need national standards and its national moderation, says Hattie, to bring things together. So we have the apparently contradictory argument being advanced that the way to avoid one-size-fits-all is to move from a system of many flowers to one of greater uniformity through moderated national standards.  This variety of flowers, his concern about this untidiness, is Hattie’s main justification for national standards.’
The reorganisation mooted this morning by Hekia Parata is mainly intended to allow private providers to take over the running of schools, particularly new schools. These providers will reduce community control, sometimes have non-professional heads and administrators, be bulk funded, have a form of voucher system, not be subject to union agreed conditions of employment, be free to set the full curriculum aside, and gain extra resources from the private sector for government tax breaks. This is the task Lesley Longstone has been working on since her appointment in July.
As for the organisation of schools in clusters and their super-boards, these organisations will eventually be run by non-professional administrators. Primary schools, their principals, parents, boards of trustees will have limitations on their roles related to property and appointments, and curriculum organisation. The greater bureaucratisation of the system will mean that policy and curriculum change could happen at a tick of a clock and contrary voices easily stifled.
The School Trustees Association will, of course, naively say it has some organisational changes in mind too, and the government will say, good, so do we – but the point is that the changes in mind will be very different, and guess whose are going to prevail.
Lorraine Kerr will, once again, of course, take a policy position without genuine consultation with boards and communities.
And that will be the key to the government prevailing: keeping well away from communities, boards, and parents having a genuine say
I expect the NZEI and the NZPF to put a good fight; as well, NZEI had a meeting with the PPTA the other day – I hope the prospect of bulk funding serves to draw the organisations together.
This is a big one, a big one the government has no mandate for – start now with your boards and communities – make your communications principled, talk about participatory democracy, about education and the grassroots, and this being, of all times, no time for distractions from teaching and learning

If you haven't completed this survey do so now -and share widely.
Posted by Bruce Hammonds at 3:12 pm

The teachers who kept silent about the issues people like Kelvin has been on about will live to regret their lack of action.