Time for some new thinking. 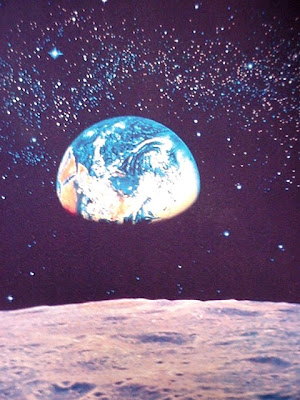 This view  from space  makes it clear the world is an interconnected environment -  a world increasingly being placed at risk by politicians who place human greed at the centre.


I am not much involved in day to day working in schools these days and have become more concerned than ever about the direction education is taking - or being taken by the ideology of the current government.

There is no doubt education does need to change to improve the life chances of all students. This however will not be achieved by looking back to the past for answers  as with the present  governments  imposition of simplistic National Standards, nor their relying on privatisation of education through Charter Schools

Currently schools  seem to have no choice but to comply with the government's requirements and as a result principals are becoming bogged down with assessing progress ( in narrow range of learning areas)  and in  proving 'added value' to their political masters. Principals are increasingly being seen as educational accountants not professional leaders.

This is all very sad as what is really required is for schools to evolve  a more holistic personalised approach to learning - one that helps all students develop their own unique gifts and talents. The opportunity provide by  the 2007 National Curriculum to develop a learning centred style of teaching, in line with the innate learning dispositions of  learners,  is being  unfortunately sidelined. The 2007 curriculum provided a  relief from all the strands,level  and learning objective nonsense of the earlier technocratic N Z National Curriculum.

Any real change in education  will have to wait for new political leadership but so far the Labour Opposition has been silent on the issue  of developing a new vision for our country.Let's hope they come up with something better than the failed reactionary  ideas of the current government.

Future orientated politicians need to see education  as a vital part of developing a new consciousness as  current thinking is leading the world into an unsustainable position. Current 'right wing  market forces' ideology , with its faith in the 'invisible hand' of the market and the self interest of those who have been successful financially,  is running out of ideas. There was never any level 'playing fields' and the  'trickle down' economy was a myth.

Without a change of direction  things can only get worse - the rich will get richer and the poor poorer ( creating in the process the so called school 'achievement gap'). .The world is  increasingly becoming economically, socially and ecologically unsustainable. We face an unprecedented spectre of global breakdown - economic, social as well as ecological.

As Einstein once said that we cannot solve the significant problems we face at the same level of thinking at which we were when we created the problems yet this is exactly what the current government is doing. Profit and growth at the cost of social stability  and environmental despoliation cannot be the answer. The current distribution of wealth is unsustainable. The cult of  competition,efficiency and rationality is creating problems that are not easily measured.

A decade into new millennium we can no longer ignore the negative current trends that are building up to a  unsustainable scenario.

We need a political  party that has the courage to lead us into a new sustainable era, one we all can benefit from, not just the rich and powerful

Defining a new direction is a challenging but not an impossible  task as increasingly people are becoming disenchanted with current solutions.

Rather than wealth and power for a few  we need to create communities we can all feel part of and contribute to; and one based on living in  a sustainable environment  To do this we need  the development of a new  creative image of being human - a move towards a caring 'we' rather than a selfish 'me' world.

What is needed is to appreciate the interconnection of all things -  an ecological mindset. And this is where education has an important role to play if we are to reject the  current materialistic and fragmented concept of the world that had its genesis in the  Industrial Age. The new education need to be based on the belief at all students have gifts to develop rather than the current achievement based, sorting out,  pass/fail standards ideology that schools are being pushed into.

Schools could lead this new thinking - in the early years this holistic humanist education is already in place but within a few years of current schooling such integrated personalised learning is replaced by a fragmented learning that all but ignores the talents of individual children  resulting in too many students leaving with the bitter taste of failure.

Margaret   Mead  wrote  'never doubt the power of a small group of people to change the world.  Nothing else has'.

When people change their consciousness they have the power to do just this.

People are losing faith in the myth of the market.

Victor  Havel the then president of Czechoslovakia said , 'Without a global revolution in the sphere of human consciousness nothing will change for the better...and the catastrophe towards which the world is headed - the ecological, social, demographic, or general breakdown of civilisation - will be unavoidable.'

The Green party is well on the way.

The Labour Party has this opportunity to create this new consciousness
Posted by Bruce Hammonds at 2:53 pm

You sure have been thinking Bruce. You seem to have great faith in the Labour Party!

Most intersting blog. During the weekend I went to a 65th birthday of a rural Principal collegue of the late 1970's and early 1980 - country cluster. The first time for 28 years the 3 of us had been in the same room. A general consensus was the exciting times for teachers those days were, and how unfortunate young teachers are now religiously following the government dictates. I have got a meeting next week that will be of interest to you. Will contact you on your email - I think you could give great input.
Jurassic Park is alive and well.
Indiana Bob

Great to hear from you Indiana. And pleased Jurassic Park is still alive and well.

We had similar meeting of a number of us who worked together in the 70s and we also thought we were lucky to teach in such times. And we also thought how difficult it must be for creative teachers to retain their individuality these days with all this formulaic 'best practice' teaching being imposed on them.