Lessons from a nursing degree course 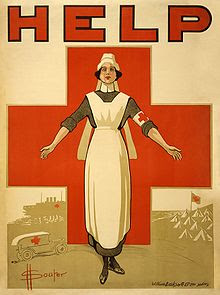 My daughter has decided to undertake a three year nursing degree course. Last week I attended an introductory  night for parents and family of those undertaking the  degree to learn about what it will involve for the students.

I was curious to learn about the course  but came away very impressed with the evening  thinking schools might have a lot to learn from those who have designed the course. Evidently it is a newly designed course and differs considerably from earlier years.

The main difference will be the amount of time the student nurses will spend doing practical work in hospital wards. Last year students only visited the hospital towards the end of the first year.

Along with those training to be teachers it seems nursing had become more theoretical and academic and so the realisation that nurses need to link their studies to the reality of nursing from the start is a good move. Once , I believe, nursing training was even based at the hospitals.

The second aspect that caught my attention was that, rather than doing stand alone  courses in the various aspects of nursing ( comparable to the subject areas in a secondary school), such aspects, such as cultural studies, would be infused the into contextual studies. To me that seemed very sensible.

The various tutors then explained their specialist roles in the programme.

During a break for nibbles and a drink and a time to look around the facilities students were asked to write any questions they had on a whiteboards for tutors to answer - which several did. Other than clarifying various queries the main point the tutors made was for students never to leave any session with an unanswered question on their mind - that questioning was a vitally important aspect of learning.  Students also learned that specialist areas of learning would be personalised to their needs as much as possible but that all would cover basic core content.

It was also reinforced that students would need the support of their families to gain success and that as family members we should do our best to support them.

The most impressive part of the introductory meeting , and the one school could learn the most from is how the tutor/mentor  groups were formed.

Tutors stood up and then the students straight from secondary schools were asked to share themselves equally  with the tutors. Then those with other degrees were asked to do the same, along with older students coming back to beginning a career and, finally, younger students who had done a preliminary year completing a course on general study skills.

The tutors explained that the reason for this heterogeneous grouping had important and well researched benefits. Such groups, it was said,  learn better by interacting with the  range of  members than if they were grouped by similarities.

Unfortunately schools seem to be moving away from such insights  due to the pressure to ensure achievement.

Primary schools have long practiced ability grouping in literacy and numeracy and some now are returning to setting children across classes. All this does is make teaching easier for the teachers but at a cost for learners in the groups with lesser ability - which research shows is more linked to student socio-economic background and cultural differences. This creates what some call the 'Mathew Effect' - 'the rich get richer  and the poor get poorer' - in schools lower ability groups learn less and develop a negative attitude towards learning

The main problem with such ability grouping, along with fragmented subject teaching, is that the natural links between learning areas are lost that are present in contextual learning. Another concern is that ability grouped students are not able to make use of the expertise or experience of others. Even helping peers who don't quite understand is of benefit to the helping students.

A greater emphasis on reality based learning.

The importance of family  support.

Traditional  learning areas, in the past taught separately, were now to be integrated by means of authentic contexts -and personalised where possible to suit individual students.

Students working in undifferentiated groups are able to learn from each other rather than being limited to those of similar ability or experience.

A lucky group of students.

Lots of  lessons for fragmented secondary schools and ability ridden primary schools.
Posted by Bruce Hammonds at 10:15 am

It seems the nursing institution your daughter is attending is showing it is a learning organisation - more than you can say for many schools.

I really enjoyed reading this. It's inspiring to see that institutions are recognizing that though academic knowledge is key to doing the job competently, to really do the job well students are shown the challenges they will face every day when qualified. This is a great way to learn - I hope your daughter enjoys her studies :)

The three year BN adult nursing course at the University of Southampton is accredited by the Nursing and Midwifery Council, which means that course graduates can register to practice in this field.

The modules on this adult nursing course are designed to cover the many subjects needed for nursing including health sciences, psychology, sociology, leadership, politics and the fiscal aspects of nursing.

Assessments are varied and are designed specifically for students’ development and learning throughout the programme. They range from exams and essays to projects and professional conversations.

It is the career that offers a multitude of opportunities to work around the globe, as well as at home in the richest variety of roles with exciting challenges.

For more information on the BN adult nursing course at the University of Southampton please visit the Health Sciences homepage at www.southampton.ac.uk/healthsciences